“The Alaska Volcano Observatory (AVO) is a joint program of the United States Geological Survey (USGS), the Geophysical Institute of the University of Alaska Fairbanks (UAFGI), and the State of Alaska Division of Geological and Geophysical Surveys (ADGGS). AVO was formed in 1988, and uses federal, state, and university resources to monitor and study Alaska’s hazardous volcanoes, to predict and record eruptive activity, and to mitigate volcanic hazards to life and property.”

The AVO website offers the most up-to-date data on igneous (volcanic) activity in Alaska. It has 18 active webcams of the major volcanoes in Alaska.

This is one of the many images available on the AVO site: 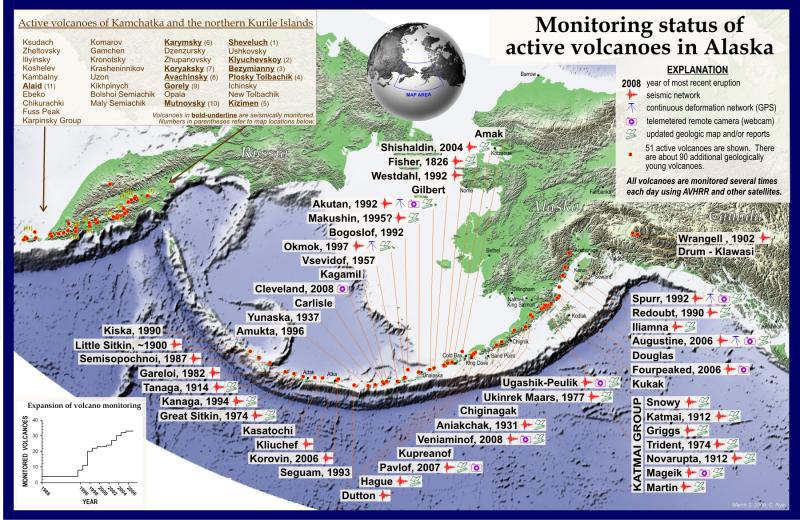 After teaching about volcanoes –how, where, and why they form– I would have the students choose one of Alaska’s active volcanoes, find an image of it from the AVO site, and print it out. I would have them label the features of a volcano (crater, vent, conduit, magma chamber, lava flow, ect. — they would have to draw some of it in obviously) and identify what type it is (composite, cinder cone, shield). Then I would have them write a short essay about the process they suspect formed the volcano they selected.