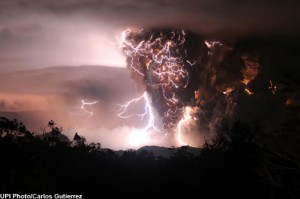 Lightning engulfs an ash cloud spewing from the Chaiten Volcano in southern Chile. 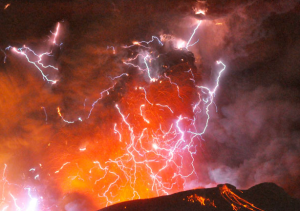 Often when we teach, I think students get the impression that we know everything–this can take away from the adventure and discovery of learning. I would use the topic of volcanic lightning as sort of an “ending” hook. At the end of a unit on igneous activity, take a few minutes to show some pictures (which are usually better given the quick lived nature of lightning), or perhaps a video of volcanic lightning;  “play up” the fact that we don’t fully understand this phenomenon. The story about Volcanoes isn’t over, and one of your students could write the next chapter.